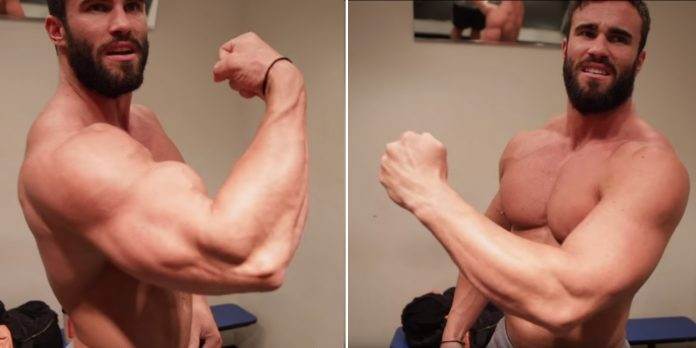 Calum Von Moger is slowly returning back to his best, having spent weeks on the sidelines due to a serious injury.

Calum Von Moger ended 2017 on a low, that’s for sure. After a stupid act that was deemed nothing more than a failed publicity stunt, he certainly paid the price as he suffered from a serious bicep tear.

As a result, Calum was forced away from the gym for some time, and even had to undergo surgery to correct the damage. Not only that, he even lost a lot of his gains, going from 250lbs all the way down to 235lbs in a matter of weeks. As a bodybuilder, it’s most definitely the exact opposite of what you want!

Subsequently, the Australian bodybuilder’s plans to obtain his IFBB Pro Card were thrown out of the window. We guess that he’ll just have to wait, for now!

Here’s the man himself showcasing his physique on social media as he works his way back to full strength:

Von Moger has been dubbed as ‘Arnold 2.0’ recently, after his incredible physique was likened to that of Arnold in his prime – quite the complement we must say!

As if things couldn’t get any better for him, he was even cast to play the role of a young Arnie in the upcoming Bigger,  a film telling the story of ‘the grandfathers of bodybuilding’ Joe and Ben Weider.

Do you think Calum will bounce back and make a full recovery? We certainly hope so, and wish him well on his quest to retrieve his gains!