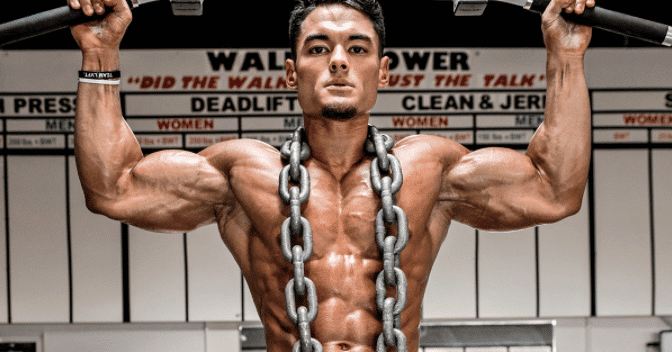 IFBB Men’s Physique professional bodybuilder Jeremy Buendia recently shared an Instagram video of him training in the gym after his return from injury. It’s safe to say that he’s looking pretty darn huge too!

You may remember our recent post about Jeremy Buendia returning from his injury earlier this year. For those that weren’t already aware, Jeremy was forced to abandon his bodybuilding plans after he sustained a serious pec tear.

Thankfully, he was able to recover well, making a pretty swift return to action. However, people soon started to doubt his chances for the Mr. Olympia title in the Men’s Physique category (which he’s earned an impressive four times already) due to the severity of his injury.

Jeremy is known for his incredible physique – after all, it’s earned him several honours in the past! After his injury, it looked unlikely that we’d see much of him in the 2018 bodybuilding season, but he’s starting to prove his doubters wrong!

He’s got a lot of competition to obtain a fifth Mr. Olympia Men’s Physique title, but if you take a look at his progress below, then you might just fancy his chances!

Jeremy undoubtedly looks like he isn’t messing around as he aims to get his bodybuilding ambitions back on track. Judging by his recent Instagram post, he looks like he will soon return to his best!