Chris Smalling: Where Does His Future Lie? 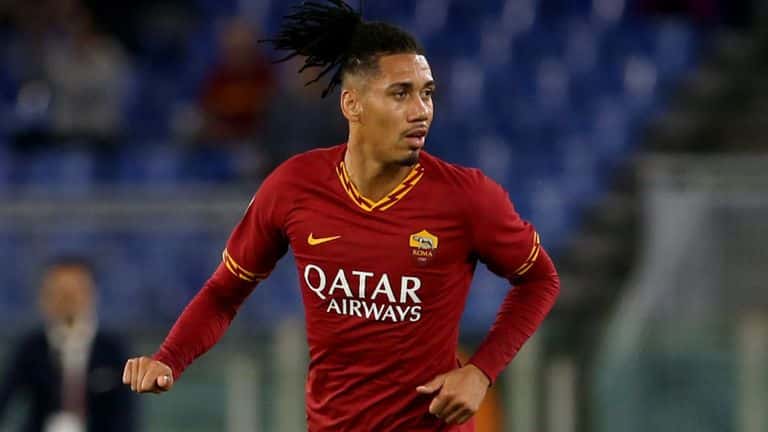 Ever since Chris Smalling officially signed for Manchester United back in 2010, it’s safe to say that his career has been somewhat of a mixed bag. After all, the England international footballer has to date made in excess of 300 appearances for the Red Devils. Yet, he has still faced calls to be axed from the first-team squad due to his inconsistency.

However, recent times have seen him resurrect his career in Serie A with AS Roma. Since making the move to the Italian capital in a loan move earlier this year, he has now become one of the first names on the team sheet.

So, this then begs the question – where does his future lie? Continue reading as we take a closer look at whether Smalling would be best to move onto pastures new or make a return to his parent club.

Does he fit in with Ole’s plans?

Despite Smalling’s impressive performances recently, it appears that he is surplus to requirements at Old Trafford. After all, if he was to form part of United boss Ole Gunnar Solskjaer’s first-team plans, he surely would have remained with the club for the 2019-20 season.

With that in mind, it would be hard to say whether or not Smalling has a future at the club. It all depends on whether Roma or another club would like to take up the opportunity to sign him up on a permanent basis when the end of the season arrives.

What’s more, it remains to be seen whether Ole Gunnar Solskjaer will invest further in his backline in the next two transfer windows. So, it’s clear that there are numerous factors to consider when it comes to determining the future of Chris Smalling.

The Old Trafford faithful will no doubt be keeping tabs on the performances of Smalling over the coming months. This is hardly surprising due to their struggles in defence and elsewhere since the retirement of the legendary Sir Alex Ferguson.

However, should the right offer come in for the former Fulham defender, this may bring an end to his playing days at the Theatre of Dreams. For now, it would be difficult to determine whether or not Smalling has a future with the 13-time Premier League champions. So, it’s safe to say that there’s a lot of thinking to do for both player and club alike.