Hull City midfielder Ryan Mason has unfortunately been forced to retire from football aged just 26. He suffered from a fractured skull in a clash of heads with Chelsea defender Gary Cahill in January 2017. But now, Ryan has called time on his career after taking on board advice from world-renowned neurologists.

Ryan Mason was signed by Hull City in 2016, who broke their transfer record in a £13m deal to sign him from Tottenham Hotspur. Prior to then, Ryan had made his mark on the first team at Spurs, appearing 69 times for the Londoners. Eventually, this even earned him a call-up to the England national team – a proud moment in his career.

After making his move to Hull, Ryan continued to appear frequently in the first team. However, he has been unable to take part ever since he fractured his skull. He returned to training in May 2017, but unfortunately, he never made an appearance for the club again.

Ryan was understandably devastated at having to give up the thing he loves the most. The former Tottenham midfielder had the following to say as he announced his retirement:

“I can confirm that following specialist medical advice I am having to retire from playing professional football.

“I have worked tirelessly in order to be able to return to the pitch. Unfortunately, having taken expert medical advice I now have no option but to retire due to the risks involved given the nature of my injury.

“I am and always will be eternally grateful for the incredible network of people around me who have helped me to recover from what was a life-threatening injury in January 2017.

“I am so proud to have come through the ranks to play for my club, the club I love. To have had the honour of captaining the team fills me with immense pride. Thank you to all of my teammates over the years, there are too many to mention, it’s been a privilege to play alongside you all.

“Finally, representing my country is an honour that nobody can ever take away from me and something that I am so proud to have achieved.

“I’m retiring from the game with my head held high having done everything in my power over these past 13 months to have given myself every opportunity to return to the pitch.” 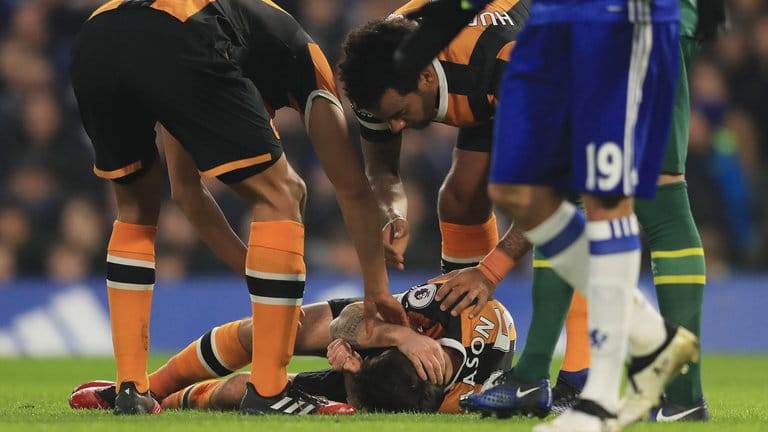 It really is a shame that such a talented footballer has been forced to cut short his career. At the age of 26, he still had many years ahead of him. But, at the end of the day, the decision is definitely for the best. After suffering from such a serious injury, there really is no point putting his life at risk on the pitch.

As the news of Ryan’s retirement broke, tributes began to quickly flood in. This included Gary Cahill – the player who Ryan clashed with early last year. The Chelsea defender was said to be devastated at the news, and understandably so.