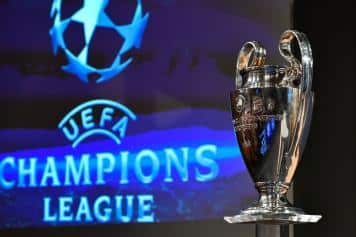 With the Champion’s League quarter-final draw now over and done with, here’s TheSportWriter.com’s overview of each tie, and our predictions of how the games will pan out.

Arguably the biggest tie out of the final four games, Liverpool will be going head to head with high flyers Manchester City, with the first leg tie to be held at Anfield.

As only two out of five English sides to make it through to the quarter-finals, they have managed to draw each other out of the pot, what are the chances?!

In the last round, either side were able to demolish the opposition with ease. However, considering just how well City have performed this season, they look to be the likely winners! But, then again, stranger things have definitely happened!

As a reward for emerging victorious over Manchester United in the last round, Spanish club Sevilla have been handed a difficult die against German giants Bayern Munich.

Bayern were able to defeat their opponents with ease in the last sixteen, which meant they were able to earn themselves a spot in the quarter finals.

The first leg will be played at the Ramón Sánchez Pizjuán Stadium, but it would be quite surprising to see any other result than a Bayern Munich win over the two legs. That of course, remains to be seen!

Barcelona vs AS Roma

Barcelona knocked out Premier League club Chelsea in the last round, meaning they earned their spot in this year’s Champion’s League quarter final round. After battling to a draw in the first leg, they were able to earn a comfortable 3-0 win at the Nou Camp.

AS Roma, on the other hand, were able to scrape through against Shakhtar Donetsk, progressing to the quarter-finals on the away goal rule. Nevertheless, they were still able to get one over on the Ukrainians.

The first leg will be played at the Nou Camp, which will most definitely not be an easy game for Roma. In the second leg, they might just reverse their fortunes. But, who knows, they might just be able to pull off a shock win. Maybe, just maybe.

Battling to a hard-earned win against Tottenham in the last round, Juventus looked like they might have lost out on a quarter-final spot. But, to the dismay of Tottenham, Juventus were able to storm to victory and reach the next round.

Real Madrid beat PSG in both legs in the round of sixteen, meaning they remain on track to earn a third successive Champion’s League trophy in a row. That would be quite the feat considering it’s never been done before!

Real Madrid and Juventus, of course, met in the final last year, with Madrid entering the history books after they became the first ever team to retain the Champion’s League trophy ever since its inception in 1992.

The first leg will be played at the Allianz Stadium and it will probably be a close one considering they are two of the best clubs in Europe. However, we’re going hazard a guess and say that Madrid will edge this one.

Well, that’s it folks – your round-up of this year’s Champion’s League Quarter Final draw. There’s most definitely some interesting ties to look forward to, with plenty of action guaranteed in each of them. The first leg ties are due to be played on 3rd/4th April.